Lollipop has been a long time coming.

In fact, it still hasn’t officially arrived to a large proportion of Moto G owners, myself included. Motorola’s rollout of Android 5.0.2 Lollipop has been frustratingly slow, having taken nearly three months and counting, releasing to individual carriers in individual countries. I’m sure that I’m missing something but the whole ordeal is a shambles given that the software on the Moto G is so very nearly vanilla. What’s more, 4.4.4 KitKat has been plagued with memory leak issues. The Facebook app started taking 30 seconds to open. Every time I returned to the home screen the launcher would have to restart after having run out of memory and music would stop playing after a few seconds if I opened another app. Clearing the cache didn’t help.

My phone is the ‘Global GSM’ version of the US Moto G XT1032. After waiting months with no update, I became fed up with my nearly-crippled phone and turned to Reddit and XDA Forums where I found many users in the same situation. I read daunting guides about manually flashing system images and custom ROMs. Yesterday I bit the bullet and somehow succeeded in manually installing Android Lollipop 5.1 on my phone (technical details below). 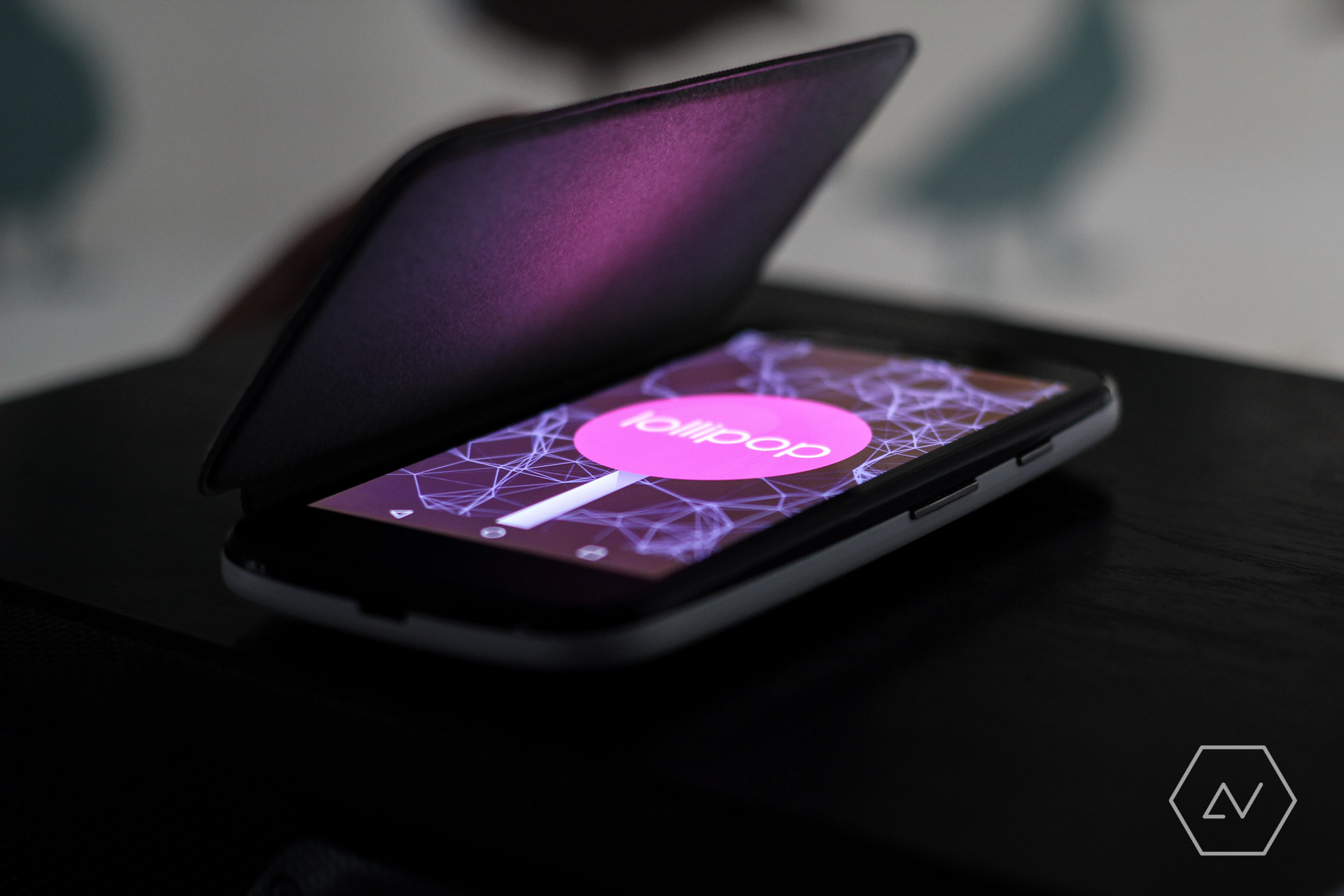 My first impressions of 5.1 compared to 4.4.4 are fantastic. Not only are those slick material design elements abundantly present, but memory management has come a long way. Apps open promptly, and the launcher only crashes if I do some serious multitasking. I can listen to music while browsing Facebook and using Facebook Messenger with no issues whatsoever. Plus there’s a whole host of new settings to explore, and a mysterious camera flash bug has been fixed. It’s early days for Lollipop on my phone though; I’m just hoping that performance won’t deteriorate over time. But so far, so good. In fact, 5.1 is so smooth and bug-free that this whole experience has made me even more skeptical of Motorla’s customer support and rollout strategy.

There were many steps to installing Android 5.1 Lollipop, and I’ll summarise them here: